Gadolinium or a Gadolinium-Based Contrast Agent (GBCA) is a contrast dye commonly used in MRIs and MRAs to enhance the quality of imaging. It was originally believed that the dye would be filtered through the kidneys and eliminated from the body within 24 hours as promised by the manufacturers. Studies have shown that this is not the case and that gadolinium can be retained in the body for years. The effects of gadolinium retention in the body can be both painful and debilitating.

Gadolinium lawsuit attorneys are ready to stand up for you

Linear GBCAs have proven to be the most dangerous and we are investigating and pursuing cases against many gadolinium manufactuers including Bayer, GE, Bracco and Guerbet. In the last few years the FDA has been investigating the dangerous side effects of GBCAs and have reported many side effects of gadolinium including: pain and burning within hours or days of receiving the agent; cognitive difficulties, headaches and memory impairment; central nervous system problems; and skin and musculoskeletal complaints. 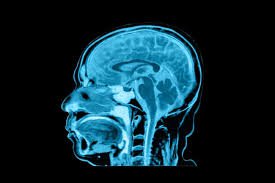 If you or a loved one have suffered from the effects of Gadolinium, you may be entitled to compensation. Contact the attorneys at Ennis & Ennis, P.A. today for a free nationwide case evaluation. No fees or expenses unless you receive financial compensation.