Ford Motor Company — the second-largest U.S. automaker — has announced a voluntary recall of millions of its popular pickup trucks and sport-utility vehicles due to a fire risk.

Ford is recalling the vehicles because their cruise-control switches could short-circuit and start a fire under the hood while parked, the automaker said Thursday.

“This is a ticking time-bomb ready to go off and something needs to be done,” Bob Garcia, owner of a Ford F-150, told NBC News. Garcia's pickup caught fire nine hours after he parked it at his home. The fire destroyed his truck and part of his home before firefighters arrived.

According to Ford, vehicle owners have reported that the cruise control on their vehicles has malfunctioned before they shut down the engine. The mechanism that shuts off the speed control may overheat, eventually causing a fire, Ford said.

Perry says even when the engine is turned off, power flows to the switch, causing it to overheat and start a fire. “All it takes is a little more heat, a little more flame, you've got a vehicle you can’t put out.”

Ford says it knows of 63 alleged vehicle fires and of one alleged injury associated with a fire. No deaths have been reported, but the instances of fires appear to be increasing, the car company said.

Ford said the cruise control will be disabled once the switch is deactivated.

“We recognize this may be an inconvenience, but we believe this preventive action is in the best interest of our customers’ safety,” the company said.

Don’t risk another mile without an attorney

Windstar minivans among recall vehicles that put families at risk

Minivans have become staples of family life, but Ford’s Windstar minivans have been the subject of the automaker’s recall efforts after defective parts cost two people their lives.

In September 2010 Ford announced a new recall unrelated to the fire issues. The recall was for 575,000 Ford Windstar minivans that may have problems with the rear axle. According to Ford, the rear axle is susceptible to corrosion which could weaken the rear axle, making it susceptible to torsional stress.

Corrosion and stress can lead to cracks, which if undetected, can propagate and result in a complete fracture of the axle. If this occurs while driving, an accident may be the result. 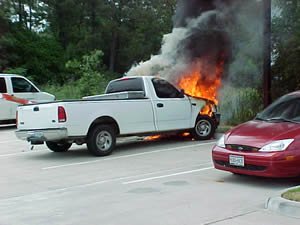