Ennis & Ennis is currently representing individuals across the country that have Biomet metal-on-metal hip implants and were injured as a result of being implanted with this device.

A large number of patients who were implanted with the Biomet Magnum hip implant have also reported loosening, dislocation, wear, or failure of the implant due to the design of the device.

According to allegations raised in Biomet M2A Magnum hip lawsuits, these problems were known by the device manufacturer, yet they continued to market the implant as safe and effective. Rather than issuing a Biomet Magnum hip replacement recall, the system was aggressively marketed as having advantages over other hip systems.

In September 2001, the Food and Drug Administration (FDA) informed the public that Biomet and seven other firms that manufacture medical devices in the United States conducted a recall of their hip implants.

The recall was issued for all the hip implants with defective components from all manufacturers and applies to those that were made after January of 1998.

Hip implants lawsuit attorneys are ready to help you recover

One of the complications that patients with a defective Biomet Magnum metal-on-metal hip implant may face is metallosis, a condition in which metal particles build up in the tissue around the implanted joint.

While typical hip implants consist of components made of metal and plastic, the Biomet Magnum has three all-metal components: a metal femoral head, metal taper insert, and metal acetabular cup. As the metal parts rub against each other, microscopic shavings of metal may be released into the hip joint, which could cause inflammation, loosening, and other problems associated with metal hip poisoning.

Symptoms of metallosis include:

Those symptoms may also indicate these severe problems:

Many patients have experienced flu-like symptoms, including lethargy, headaches, aching joints, and a feeling of malaise. 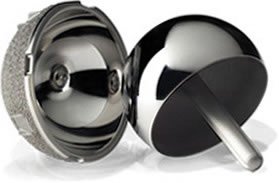