The Zimmer NexGen knee replacement system has been linked to several problems, including reports of pain, loosening of the implant and failure of the Zimmer replacement knee leading to revision surgery.

In March 2010, data was presented by a group of knee surgeons that indicates that 36% of the implants were loose after two years, and 9.3% of the implants were either revised or scheduled to be revised because of looseness and associated pain. According to the surgeons, the Zimmer NexGen knee implants should not be used for any patient due to the high failure rates.

If the Zimmer NexGen knee implant becomes loose it may cause pain and may require subsequent knee replacement surgery.

More than 150,000 Zimmer NexGen CR and Zimmer NexGen CR-Flex Porous Femoral implants have been sold since 2003, and some doctors have reported experiencing a substantially higher than the usual failure rate of replacement knees within several years of surgery.

The defective Zimmer NexGen CR-Flex product is a femoral implant. The femoral implant is a synthetic device used to cap the femur (the thigh bone) at the point where it connects to the tibia at the knee. It is made of porous fiber metal and a cobalt-chromium-molybdenum alloy and is attached to the femur without cement, unlike many other traditional knee implants. Because the Zimmer NextGen knee implant does not use a cement it may be a design defect which increases the risk of a knee replacement loosening and needing additional surgery to revise the implant.

Don’t put up with pain. Let an attorney help.

At a conference of the American Academy of Orthopaedic Surgeons in March 2010, several prominent knee surgeons presented data on the outcomes of 108 knee replacement patients who received the Zimmer NexGen CR-Flex Porous Femoral component at Rush University Medical Center in Chicago.

After only two years, the researchers reported:

It is suspected that the higher-than-expected failure rate is linked to design problems with Zimmer NexGen replacement knees, as the orthopedic surgeons concluded that they were not caused by surgical errors, problems with the technique or the type of patient who received the knee implant. 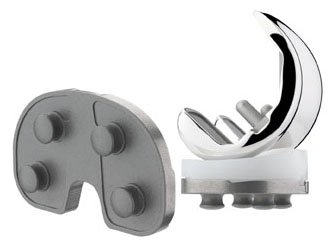 If you or a loved one have suffered or been injured from a defective Zimmer NexGen Knee Implant you may be entitled to compensation. Contact the Zimmer knee implant injury attorneys of Ennis & Ennis today for a free confidential case evaluation. Our attorneys will educate you about these faulty devices and provide possible options for compensation.