The U.S. Food and Drug Administration (FDA) reported an advisory on September 13, 2019, after discovering the carcinogenic contaminant NDMA in ranitidine, the active ingredient in Zantac, at levels between 3,000 to 26,000 times higher than FDA approved standards.

NDMA is a potential hepatotoxic, and exposure has been linked to numerous complications and symptoms ranging from bladder cancer, stomach cancer, liver fibrosis and scarring, and tumors in the liver, kidneys, and lungs. Other symptoms of NDMA exposure include headaches, fever, nausea, jaundice, vomiting, abdominal cramps, enlarged living, dizziness, and reduced function of the liver, kidneys, and lungs.

Plaintiffs accuse drugmakers Sanofi and Boerhringer Ingelheim of manufacturing and marketing a medication they knew, or should have known, to be contaminated with the cancer-causing chemical without disclosing the risks to consumers or the government.

Zantac is the trade name for Ranitidine, a popular medication that reduces the body’s production of stomach acid. The medication is commonly used to treat and prevent ulcers of the stomach and intestines as well as gastroesophageal reflux disease (GERD), Zollinger-Ellison syndrome, peptic ulcer disease, acid indigestion, and heartburn.

Zantac is available both over-the-counter and by prescription. Ranitidine belongs to h2 (histamine-2) blockers class of drugs. OTC Zantac is most commonly used to relieve and prevent heartburn, while the prescription-strength drug is used to prevent more serious ulcers and conditions. The drug came into commercial use in 1981 and is now the 50th most prescribed medication in the United States.

Do you understand all the side effects? We do.

January 29, 2020 - New lawsuits are emerging as the public learns more about the alleged adverse effects of taking Zantac, a popular heartburn drug. Victims are now claiming it has caused stomach cancer, colon cancer, and even leukemia. These are in addition to the already-extensive list of illnesses being attributed to the drug.

Just a few months ago, the FDA warned the public that ranitidine, commonly sold under the name "Zantac," has been found to contain unsafe levels of the carcinogen N-nitrosodimethylamine (NDMA). Since then, at least nine different companies that sell Zantac or a generic version of Zantac have voluntarily issued recalls for the drug.

Interestingly, NDMA is no longer made in the US. The FDA believes the NDMA found in Zantac is just a chemical impurity, but some plaintiffs are arguing that NDMA is actually formed in the body upon consumption. The latter suggests anybody could be injured by the drug, regardless of where or when they bought it.

If you've taken Zantac and suffered injuries of the lungs, kidney, liver, or stomach, consider speaking with a personal injury attorney or even filing a Zantac injury lawsuit.

Researchers Find NDMA in Zantac Can Develop During Storage

January 9, 2020 - Emery Pharma says that recent tests indicate that levels of NDMA – a known carcinogen – in Zantac can increase during storage, especially if the drug is exposed to high heat and even while it remains in the package. The researchers found that stored Zantac medication exposed to high heat can produce unacceptably high levels of NDMA in as few as five days.

Based on these findings, Emery Pharma has urged the FDA to recall Zantac and all similar ranitidine drugs.

“The more you heat it, the more NDMA you generate,” Emery CEO Ron Najafi s. “I am worried that if it just sits at home at room temperature, it could gradually generate NDMA.”

Najafi has worked as an expert witness on a number of NDMA drug contamination litigations, including the litigations on NDMA in Zantac and its generic forms.

A Citizen Petition has been filed by Emery Pharma, requesting that the FDA suspend sales and recall all ranitidine-based products due to the threat of NDMA exposure to consumers.

"Our preliminary data indicate that NDMA accumulates in ranitidine-containing drug products on exposure to elevated temperatures, which would be routinely reached during shipment and during storage. More importantly, these conditions occur post-lot release by the manufacturer. Hence, while NDMA levels in ranitidine may be acceptable at the source, they may not be so when the drug is purchased and subsequently at the time of consumption by the consumer," the petition says.

Najafi suggests that these ranitidine-containing products should be shipped and stored using temperature-controlled methods. He also says that the manufacturers and the FDA should continue to conduct stability testing for all products.

FDA spokesman Jeremy Kahn says that the agency will review Emery Pharma’s Citizen Petition and respond directly to the group.

Over the past few months, the FDA has been working to determine whether dangerous levels of NDMA are present in Zantac or its generic forms. Their research has proven to show varying levels of NDMA in products.

Valisure filed a similar Citizen Petition in October after their tests indicated that heat from manufacturing can create high levels of NDMA. According to Valisure, they tested a number of ranitidine-containing heartburn medications and all of the batches tested, regardless of dose forms, “detected extremely high levels” of NDMA in every lot.

In response, the FDA asked drug-makers to test all batches of ranitidine-containing products that they produce to ensure consumers are not exposed to dangerous levels of NDMA.

Many of the manufacturers discontinued the production and sales of their ranitidine-containing drugs after conducting these tests.

November 15, 2019 - In the past week, three generic Zantac drugs have been recalled from pharmacy shelves across the U.S as concern grows that the popular heartburn and ulcer drug Zantac is linked to an increased risk of cancer.

On Tuesday, Amneal Pharmaceuticals recalled dozens of lots of Ranitidine Tablets and Ranitidine Syrup - Specifically, all lots of 150 mg and 300 mg tablets, and 15mg/ml syrup were pulled from the market.

The decision was made amid concerns that the Ranitidine Tablets and Ranitidine Syrup contain dangerous amounts of N-Nitrosodimethylamine (NDMA), a probable human carcinogen, above the limit established by the FDA.

So far, there have been nine Ranitidine recalls.

According to Amneal Pharmaceuticals, no adverse events have been reported as a result of this recall, to date.

Aurobindo Pharma USA issued a recall of both Ranitidine Capsules and Ranitidine Syrup the prior Wednesday.

Let an attorney fight for your right to compensation

Zantac's many severe side effects have caused patients across the United States to suffer. If you or a loved one have been subject to the side effects of this dangerous drug, such as injury or death, you may be eligible for compensation. To receive a fair settlement, you need an attorney to aggressively pursue your case against the makers of this drug. The nationwide consumer protection attorneys at Ennis & Ennis want to educate you about dangerous drugs and let you know if your case demands compensation. 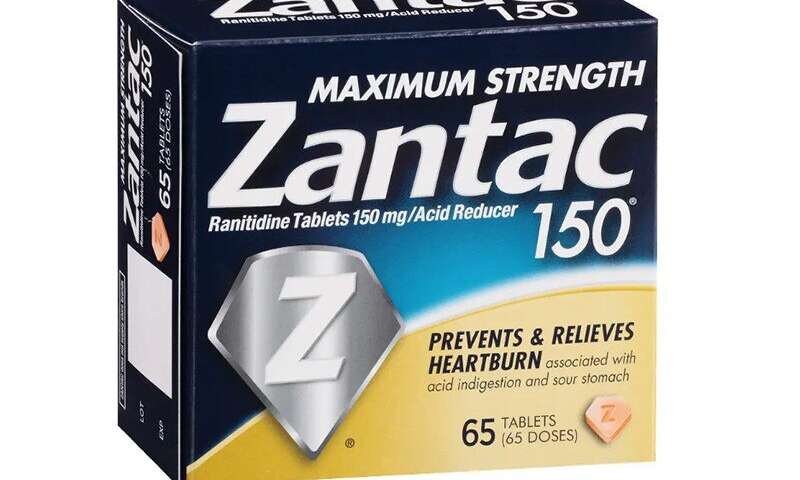 If you or a loved one have suffered from the effects of Zantac, you may be entitled to compensation. Contact the Zantac side effects lawyers of Ennis & Ennis, P.A. today for a free nationwide case evaluation. Our experienced attorneys can answer any questions you may have about litigation, side effects, a potential Zantac lawsuit or even a possible class action lawsuit.