Inferior Vena Cava (IVC) filters are small devices designed to catch blood clots that may break free from lower parts of the body and travel toward the lungs. They are implanted in patients who are at risk for a pulmonary embolism when they are unable to take blood-thinning medications or when they do not respond to them.

You may have received one of these devices as a life-enhancing measure. Five years after the devices were found to be defective, more than 160,000 were sold on the market until 2010 when Bard recalled them.

Bard Recovery Inferior Vena Cava filters, also known as Bard IVC filters as well as Bard G2 IVC filters, have been recalled due to risks that can cause serious injury or death to patients who have been implanted with a Bard IVC Filter.

Confidential documents revealed that employees of the medical device giant voiced concerns about the G2 series filters within four months after the product was approved by the FDA. However, instead of taking corrective action and recalling the G2 and G2 Express filters, Bard sold another 160,000 devices over the next five years. Hundreds of injuries and at least 12 deaths are linked to the G2 series filters.

Each year, nearly 250,000 filters are implanted in the U.S. without incident. Bard is one of 11 manufacturers that make these devices. However, a confidential study commissioned by Bard revealed that the Recovery filter had higher rates of failure including death, filter fracture, and movement than all of its competitors.

What’s at stake for you with a Bard IVC filter

Studies conducted by the New England Society for Vascular Surgery and York Hospital confirmed the risks of the Bard filters. These studies showed that 31% of filters fractured and 25% of those that broke sent splinters to vital organs.

Risks associated with the Bard IVC filters are:

These risks led to heart or lung perforation, puncturing of vena cava, heart attacks, strokes, and other cardiovascular problems.

These devices were not intended to be permanent implants. Manufacturers made the devices retrievable so doctors could remove the devices once the danger of blood clots and pulmonary embolism passed.

Bard, however, allegedly petitioned for the device to be approved as a permanent implant. The FDA now recommends the devices be removed as soon as the risk of pulmonary embolism subsides. 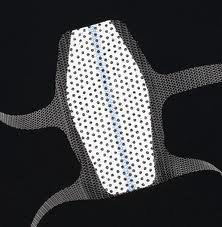 If you or a loved one have suffered or been injured from a defective Bard IVC Filter Implant, you may be entitled to compensation. Contact the Bard IVC recall lawsuit attorneys of Ennis & Ennis today for a free confidential case evaluation by filling out the form on this page or calling our office.