Studies have shown metal on metal type hip implants had significantly higher risks, but no additional benefit for patients. Based on these findings, experts are recommending that these dangerous medical devices be banned as they offer no advantage over other types of hip implants.

Metal on metal hip Implants have been linked to the following side effects:

Speak up for your right to fair compensation

One of the complications that patients with a defective metal on metal hip implant may face is metallosis, a condition in which metal particles build up in the tissue around the implanted joint.

Symptoms of metallosis include pain around the hip joint, difficulty walking, swelling around the implant area and a rash that is a sign of dying tissue.

Those symptoms may also indicate these severe problems:

Many patients have experienced flu-like symptoms, including lethargy, headaches, aching joints, and a feeling of malaise.

Experts call for ban on metal on metal hip implants 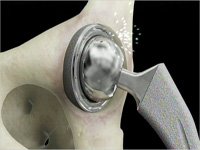